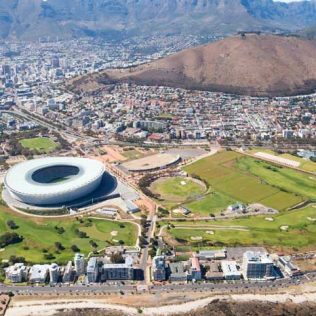 5 OF THE BEST ROAD TRIPS IN SOUTH AFRICA

South Africa is a huge country, with thousands of miles of roads to explore. That makes it a perfect destination for a road trip, as not only do you get to see some of the world’s most dramatic landscapes, but its most magnificent creatures too. It’s time to head over to Hertz Car Rental and pick up a 4×4, dig out the map, and head off on your very own African adventure as we bring you five of the best road trips through South Africa.

Chilled out, laid back, and with some of the best beaches in the country lining the route, a road trip through the Eastern Cape will give you the chance to go surfing on fabulous sandy shores of Jeffery’s Bay, hit the ski slopes at Tiffendel, or explore East London at your leisure. This is the ‘Sunshine Coast’, and has definitely earned its name. Hop on the N2, one of the country’s main routes, or take the spur R72 to check out the country’s best coastal scenic road. A thorough tour of the region will take you about 10 days, with so much to see along the way. If you want to get away from the main N2 then the R66 will take you all the way from Cape Town to Port Elizabeth, through the heart of the South African plains. Head inland just before you reach Port Elizabeth to the renowned Addo Elephant park to see Africa’s ‘Big Five’ apex animals in their natural environment.

This is perhaps the most famous route in South Africa, and takes you around the Western Cape with the chance to see some of the best scenery in the country. Cape Town is your starting point, and a trip to Table Mountain should be on any itinerary. Then it’s a matter of getting onto the N2 and heading to the south-eastern coast. Despite the name, don’t expect to see too many gardens, but you will get a chance to take in the stunning scenery from Mossel Bay in the Western Cape to Storms River in the far corner of the Eastern Cape. Along the way you’ll drop in at iconic locations like Knysna, Mossel Bay, and Nature’s Valley. If your final destination is Tsitsikamma Forest then you’ll be covering around 600km in total. 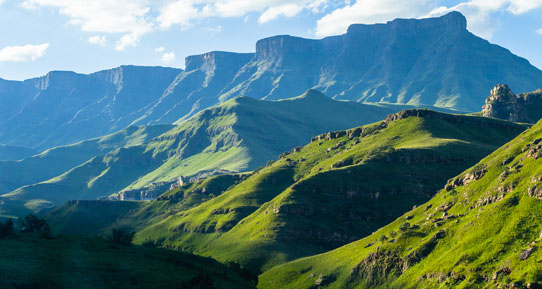 Fancy a challenge with your 4×4 rental from Hertz Car Rental? Then tackle the Eight Mountain Passes route. The adventure starts with the Naudés Nek Pass. This is the highest unpaved road in South Africa (over 2,920m above sea level), so check with local guides before tackling this one to make sure the road is passable and safe to attempt. The drive is well worth it, though, for some stunning views. Then work your way through Joubert’s Pass, Volunteershoek, Carlisleshoek, Lundean’s Nek, Bastervoetpad, Barkly Pass, and Otto du Plessis. Start and finish in the Wartrail & New England district, and you should be able to do all eight passes in a week.

The Limpopo River and Kruger Park

A road trip to the north of the country will take you along the historic Great North Road, now the N1 highway, and into the hinterlands between Botswana, Zimbabwe and Mozambique. It’s also the home of the great Limpopo River and the Kruger National Park. It’s a long drive, but well worth it to see elephants, lions, giraffes, buffalo and, if you’re very lucky, rhino and leopard in their natural habitat. The N1 is a smooth, well maintained road and the driving is easy with plenty of rest stops along the way.